How do I serve a static file in NET Core?. The Complete ASP.NET Core Developer Course 2022 [Videos].

Where do we need to store the static files in ASP.NET Core?

In ASP.NET Core Application, the default directory or location for the static files is wwwroot (webroot) folder and moreover, this folder or directory should be present in the project root folder. By default, this is the only place where the ASP.NET Core application can serve the static files directly. But we can change this default behavior by using the UseWebRoot method.

Let us understand everything steps by step: 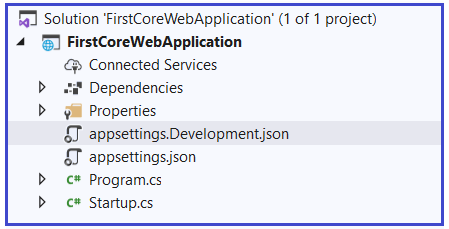 Note: If you create the project using a Web or MVC template then by default the wwwroot folder will be created by visual studio.

Let us first create the wwwroot project folder. To do so, right-click on the project and then select add => new folder option from the context menu and then provide the folder name as wwwroot. Once you created the wwwroot folder, your project structure should be as shown below. 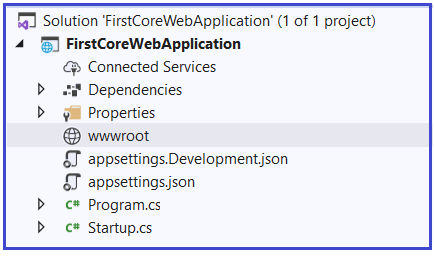 Once you the above image, your wwwroot directory looks as shown below. 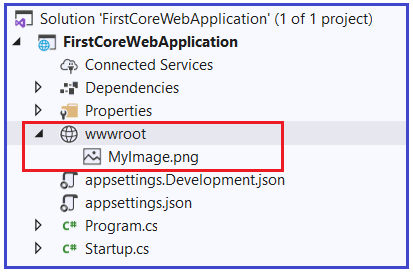 When you navigate to the above URL, you will not get the output as expected, rather than you will get the following output. 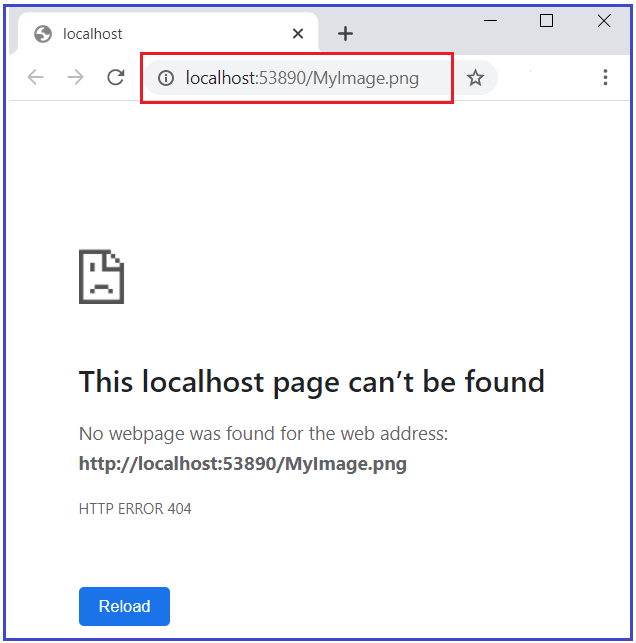 The reason why we are not getting the output as expected because we dont have any middleware which can serve the static files in the request processing pipeline.

How to Configuring the Static Files Middleware in ASP.NET Core Application?

Let us Modify the Configure() method of the Startup class as shown below in order to add the UseStaticFiles() middleware to the request processing pipeline of the application.

With the above changes in place, now run the application and navigate to the URL: http://localhost:<portnumber>/MyImage.png and you will see the output as expected as shown in the below image.

How to Create your own Webroot folder in ASP.NET Core?

Let say we dont want wwwroot as our webroot folder instead we want MyRoot as the webroot folder for our application. First. Modify the wwwroot folder as MyRoot and once you modify your project structure should be as shown below. 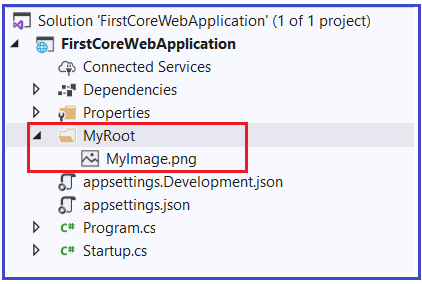 At this point, if you run the application and if you navigate to the below URL, then you will not get the output.

This is because by default the static files middleware will look for a folder with the name wwwroot and that is not present in our application at the moment. But we dont want wwwroot, we want the Static files middleware to look MyRoot folder to the server the static files such as CSS, Images, JS, etc. To do so, we need to call the UseWebRoot method by passing MyRoot as a parameter in the CreateHostBuilder method which available in the Program class as shown below.

With the above changes in place, now run the application and you should get the output as expected.

What is ASP.NET Core?

What is ASP.NET Core Framework?

ASP.NET Core is a cross-platform, high-performance, open-source framework for building modern, cloud-enabled, Internet-connected apps. With ASP.NET Core, you can: Build web apps and services, Internet of Things (IoT) apps, and mobile backends. Use your favorite development tools on Windows, macOS, and Linux.
27-jan-2022 /16 /733

How to Setup ASP.NET Core Environment ?

ASP.NET Core is a cross-platform, high-performance, open-source framework for building modern, cloud-enabled, Internet-connected apps. With ASP.NET Core, you can: Build web apps and services, Internet of Things (IoT) apps, and mobile backends. Use your favorite development tools on Windows, macOS, and Linux.
27-jan-2022 /16 /733
﻿